Carol Kay Bingaman, age 76, of Cedar Falls, formerly of Waterloo, died at Windsor Nursing and Rehab on Wednesday, February 17, 2016 from complications of Alzheimer's.

She was born on January 9, 1940, in Waterloo, Iowa. The daughter of Fay and Delberta (Conrad) Miller. Carol graduated from Dumont High School in 1958.

She married Rex Bingaman on January 5, 1963 in Omaha, NE. Carol was a Homemaker and a member of New Beginnings First Wesleyan Church.

She was preceded in death by her parents; and a brother, Fred "Butch" Miller. 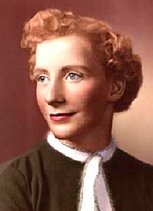