Preceded in death by her father; and a brother, Randy Scott.

Services: 10:30 a.m. Monday at Grace Baptist Church, with burial in Greenwood Cemetery, Cedar Falls. Public visitation from 3 to 7 p.m. today at Hagarty-Waychoff-Grarup Funeral Service on West Ridgeway, and for an hour before services Monday at the church. 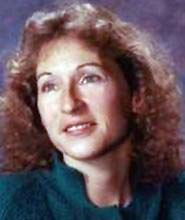