She was born Aug. 6, 1975, in Waterloo, daughter of Harry and Margaret Harrower McDermott. She was a graduate of Columbus High School and also attended Iowa State University.

Ms. Morningstar was a student at the University of Connecticut in Avery Point, pursuing environmental sciences. She worked as a scientific researcher on the Sea Grant project, in support of coastal resource use and conservation for the National Oceanic and Atmospheric Administration.

Memorials: may be directed in her name to World Wildlife Fund, or another environmental charity, in lieu of flowers.

Sara will be deeply missed by her family. She was gifted and artistic, a caring person who wanted to help change the world around her for the better. 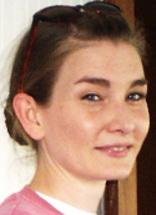