Sharon Marie (Ravn) Vreugdenhil, 64, of Fargo, N.D., formerly of Cedar Falls, was called home to our Lord on April 13, 2010. She was born April 28, 1945, to the late Harold and Marie (Ilax) Ravn. She graduated from Cedar Falls High School in 1963, Waterloo School of Practical Nursing in 1966 and from North Dakota State University in 1979. She married Harvey Vreugdenhil of Sioux City on Jan. 7, 1972, and they were together until his death in January 2008.

Sharon is a former member of Nazareth Lutheran Church of Cedar Falls and worked as a licensed practical nurse until her marriage. She was a Worthy Matron in Eastern Star, a chaperone and supervisor for Rainbow Girls, a volunteer teacher with the Chinese Christian Ministry and was very involved in the New Life Center for the homeless, the Salvation Army and the Red River Danes, all in Fargo.

Sharon leaves behind her son, John of Fargo; a sister, Kathrine (William) Jambura of Leesburg, Fla.; a niece, Stacey Jambura of Waterloo; her aunts and uncles, Dora (Leona) Williams, Bertha and Quentin Henry, Carolyn Ilax, Virginia and James Nicholas, all of Cedar Falls, Elaine Tessmer of Reinbeck and Leonard Ravn of Dubuque; and cousins too numerous to list.

Sharon's gentle, kind and generous spirit touched many people's lives and left them in wonder over why she gave so much to others but did so little for herself. Her untimely death leaves another hole in a family that has lost so many and so many of them too young. Through God's grace, we believe she's having an amazing family reunion on the other side.

A celebration of Sharon's life was held in Fargo and inurnment will be at Greenwood Cemetery, Cedar Falls, on Thursday, May 13, at 2 p.m. with the Rev. Homer Larsen officiating. 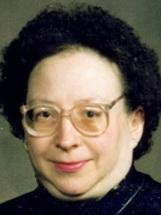