Mr. Holmes graduated from Central High School in 1975. He was a mechanic and welder at Warren Transport.

Preceded in death by a brother, Scott; his father, Richard; and his father-in-law, Larry Klein.

Funeral Services will be at 10:30 a.m. at Tuesday Grace Lutheran Church, with burial in Memorial Park Cemetery. Public visitation from 4 to 7 p.m. Monday at Locke Funeral Home. 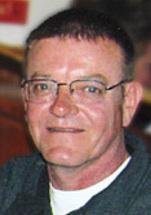