Adrian John Zeimet, son of John Michael and Leonette Althoff Zeimet, was born March 1, 1934 in Dubuque. He departed this life Wednesday, September 25, 2013 surrounded by his family in his home at Sunrise Beach, MO at the age of 79 years, six months and 24 days.

January 19, 1993 in Las Vegas, NV he was united in marriage to Nancy Elaine Davis. Together they shared 20 years of marriage.

He was preceded in death by his parents; a sister, Bernadette Weber; three brothers, Bernard, Tom and Clem Zeimet; a sister-in-law, Dorothy Zeimet; and the mother of his children, Gloria Zeimet.

Adrian was raised on a farm near Lansing and graduated from St. George School in Lansing. He served his country proudly in the United States Army during the Korean Conflict. After being honorably discharged, he went to work for Stark Sporting Goods in Prairie Du Chien, WI. Six years later he opened his own marina there. After being flooded out for three years in a row, he went to work for Mercury Marine, Brunswick Corporation as a technical representative, traveling nine states calling on Mercury Marine Dealers. In 1982, he and Nancy opened Valentine Marine Service at Lake of the Ozarks.

Adrian served on the Fire and Rescue squad in Prairie Du Chien, WI. He was on the Marine Service Technology Board at Lake Career and Technical Center for 30 years. He was also a member of the Lake West Chamber of Commerce and helped run the Buddy Bass Tournament for 20 years.
Adrian was baptized into the Catholic Church and was a member of Wexford Immaculate Conception Church in Wexford.

He loved being outdoors hunting, fishing and farming. He was a PBR Rodeo fan and enjoyed cooking and traveling. He had a knack for building fires and his friends referred to him as Houdini given his ability to disappear with no one noticing. He was a talented man who could fix anything.

He was a loving husband, father, grandfather, brother and uncle and a caring neighbor and friend. We celebrate his life and his accomplishments and will treasure the memories he created for his family and friends.

Memorial donations may be made to the family, Hospice Compassus or Leukemia and Lymphoma Society and left at the funeral home. Allee-Holman-Howe Funeral Home of Camdenton assisted the family with arrangements. 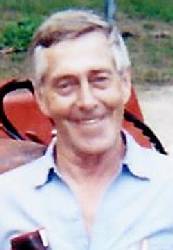