He was born June 2, 1941 in Clermont, Iowa to Alvin and Eunice (Landsgard ) Halverson. Ronald graduated from Clermont High School, Clermont, Iowa. He joined the Army in 1961, attended college for two years while he was enlisted and was honorably discharged in 1964.

Ronald was united in marriage with Nellie Lee Fore on July 19, 1990 in Peoria, Illinois. He was a machinist and welder at Caterpillar in Peoria, Illinois for 30 years. Ronald retired to the family farm and raised Herefords and Black Angus for many years. He loved farming and John Deere Tractors.

Ronald is survived by his wife, Nellie Lee Halverson of Waukon; two daughters, Ramona Henson of Peoria, Illinois and Aimee Burkhalter of Lacon, Illinois; 3 step-children; 7 grandchildren and one great-grandchild.

Ronald was preceded in death by his parents.

Visitation will be on Sunday, May 5, 2013 from 2-5 p.m. at Schutte-Grau Funeral Home and Cremation Service, Clermont, Iowa and one hour before services at the funeral home on Monday.

Funeral Services will be at 2 p.m. on Monday, May 6, at Schutte-Grau Funeral Home and Cremation Service, Clermont, Iowa with Rev. Ron Roberts as the officiant.

Schutte-Grau Funeral Home and Cremation Service, Clermont, Iowa is helping the family with the arrangements. 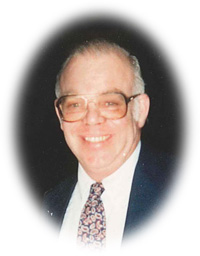