Margaret Joan, was born October 3, 1927 in Makee Township in Allamakee County to John and Clara (Peterson) Jenkins. She attended rural schools in Allamakee County and Waukon High School. Margaret was united in marriage with Ed Handke on January 24, 1945 in Atchison, Kansas. They were the parents of six children and were long-time residents of Postville, Iowa. Margaret and Ed owned and operated a trucking-construction company. She worked alongside her husband driving truck and handling company operations. She also worked at the Iowa Turkey products and Hygrade Meat Packing in Postville, Iowa. Margaret gave back to the community by involving herself in scouting and local and county politics. She was a loyal Democrat. She was an avid gardener and enjoyed being outdoors. Margaret celebrated life with family, friends, neighbors, and patrons. She was a very loving and giving person, helping anyone in need. She will be missed by many.

Margaret died Wednesday, February 22, 2012 at the Good Samaritan Home in Waukon, Iowa. She was preceded in death by her parents, her beloved husband, Ed; three brothers, John Jenkins, Herb Jenkins, and Ralph Jenkins; and one sister, Kathryn Tehel. 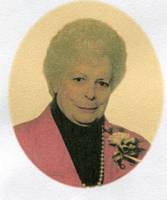