Leo Burdette Hammond, the son of Than and Alice Bernita (Hozier) Hammond, was born December 11, 1922, near Edgewood, in Clayton County, Iowa. Leo attended the Wolf Creek and Bear Creek country schools and graduated from Elkport High School in 1938. He worked for North American Car, a railroad car repair company, in Waterloo, Iowa for twenty years and moved to Postville in 1973. Leo was baptized and confirmed at St. Paul Lutheran Church in Postville and was a member of the church. He was united in marriage with Betty Renzman. They were later divorced.

Leo's death occurred Sat., Sept. 3, 2011 at Veterans Memorial Hospital in Waukon, Iowa. He had been living at Makee Manor in Waukon for several years.

Leo is survived by his son, Lyle Hammond (Soy Gautney), of Oskaloosa, Iowa, and two grandsons, Marcus and Mitchell Gautney.

Leo was preceded in death by his parents and an infant brother, Clyde.

Visitation will be held at from 5:00 until 8:00 p.m. on Tuesday, September 6, 2011 the Schutte - Grau Funeral Home and Cremation Service of Postville, Iowa and one hour before the services on Wednesday at the funeral home.

Funeral Services will be held at 1 p.m. Wed., Sept. 7, 2011 at Schutte-Grau Funeral Home and Cremation Service in Postville. The Rev. Steve Brackett will officiate.

Burial will follow in the Postville Cemetery, Postville, Iowa.

Schutte-Grau Funeral Home and Cremation Service of Postville, Iowa, is in charge of arrangements. 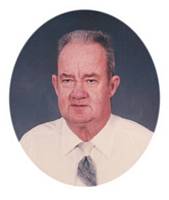