Dr. Gerald Keith Palmer died Sunday, June 12, 2011 at the Presbyterian Manor, Salina, KS. A memorial service was held at the First Presbyterian Church in Salina, KS Saturday, June 18.
Keith was born December 17, 1924 on a farm four miles east of Waukon, in Allamakee County, to Merton Russell Palmer and Mabel Clarice Palmer, nee Rupp. He attended public schools in Clermont and Waukon, graduating from Waukon High School in 1942. Keith attended Waukon Junior College for one year before entering the U.S. Army. He served as a surgical technician aboard the Army troop transport, M.S. Pennant.
After his discharge, Keith returned to Iowa and enrolled at the University of Dubuque, graduating with a B.A. in Chemistry in 1949. Keith received his M.D. In 1953 from the College of Medicine, State University of Iowa (now the University of Iowa) in Iowa City. While attending medical school, Keith met his lifelong love and companion, Jocelyn Beth Swartz. Jocelyn and Keith married December 28, 1952.
After graduating from medical school, Dr. Palmer traveled to Seaside Memorial Hospital in Long Beach, CA for his internship and the beginning of his pathology residency. He returned to Iowa City in 1956, completing his pathology residency at the V.A. Hospital in 1958. From 1958 through 1960, Dr. Palmer practiced pathology in the Minneapolis, MN area. In 1960, Dr. Palmer and his family moved to Salina, KS. He was a founding physician of Drs. Weber, Palmer, and Macy, Chartered (now WPM Pathology Laboratory, Chartered), where he practiced until his retirement in 1987.
Keith remained active for many years after retirement. He served as Temporary Stated Clerk, Presbytery of Northern Kansas from 1991-1993 and again in 1997. Keith was a charter member of the Saline County Horticulture Club and was also a Saline County Master Gardener. His other passions included singing in the Chancel Choir at the First Presbyterian Church, photography, scouting, and classical music.
Survivors include his wife of 58 years, Jocelyn Palmer, of the home in Salina, KS; his brother, The Rev. James Palmer (Harriet Platz Palmer) of Auxnassee, MO; his son, David (Sarah Coats) Palmer of Olympia, WA; his daughter, Paula (Kevin) Krehbiel of Paola, KS; his son, Brian (Mary Nacrelli) Palmer of Kansas City, MO; his daughter, Dr. April (Robert Gray) Palmer of Ridgeland, MS; and five grandchildren.
He was preceded in death by his parents and his brother, Merton F. Palmer.
The family suggests memorials to Chancel Choir or BSA Troop 2 at the First Presbyterian Church, Salina and may be left at or sent in care of Ryan Mortuary, 137 North Eighth Street, Salina, KS 67401. 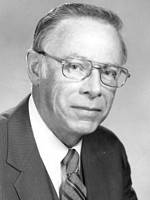