He was born July 11, 1935, in French Creek Twp., Allamakee County, to Kermit and Bernice (Meyer) Wild. Curtis married Ardyce Diersen on Nov. 4, 1961, in Caledonia, MN. He graduated from New Albin High School in 1953. He was a lifelong resident of the New Albin area except from 1955-58 when he served his country in the U.S. Army.

Curt was employed by the Eitzen Locker for 13 years and the past 19 years at Swiss Valley Farms in Luana. He was a faithful member of St. Peter's United Church of Christ in New Albin.

Curt was a loving husband, father and grandfather, and will be greatly missed by everyone who knew and loved him.

Roble Funeral Home, Spring Grove, was in charge of arrangements. 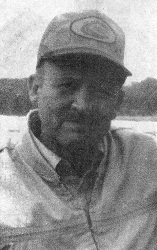