Condition: Seven stones' inscriptions were copied by Melvin Mullikin, a farmer who lived nearby, in the 1970s. There are about six more graves that have never had markers.

As of January, 2016, the farm again has new owners. The existence of the cemetery is recognized in the new deed, and in March, through the efforts of descendants of those buried here and others, the land was surveyed to locate the corners of the cemetery. In April, posts were placed at the corners, and work is underway to locate the gravesites. 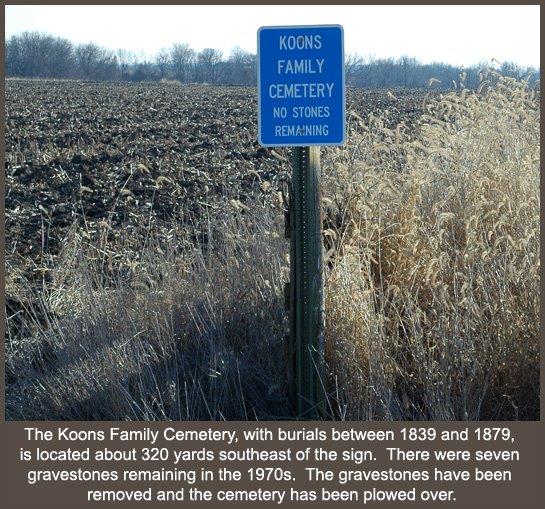 Photo courtesy of David Lewis, a descendant of the Koons Family, August, 2015.
This page was created on 3 March 2003, and last updated on 19 June 2016. This page may be copied and used for personal purposes but can not be republished nor used for commercial purposes without the author's written permission.
I am the County Coordinator and the Webmaster, the one who is responsible for the IAGenWeb project for Jefferson County, Iowa. Please contact me if you would like to contribute to this database or if you note any problems with these pages.