The following is a chapter from "The History of Jefferson County, Iowa - A Record of Settlement, Organization, Progress and Achievement", Volume 1, Pages 249-252, published by the S. J. Clarke Publishing Company of Chicago in 1912 (in 1914 according to some citations).
~~~oooOOOooo~~~
HISTORY OF
JEFFERSON COUNTY, IOWA
CHAPTER XXXII
COMMON SCHOOLS

The evidences are many that the education of their children lay near the hearts of the settlers. It appears that as early as 1838 a settlement in the west part of Round Prairie Township and another in the southeastern party of Liberty Township built themselves schoolhouses. These of course were primitive round log cabins, but they clearly expressed the spirit of the people of these neighborhoods. Of the Round Prairie School Thomas Johnson was the teacher; of the Liberty School John Beck was the teacher. In this year Andrew Simmons also taught a school in the Town of Lockridge.

One of the first legislative enactments of the territory, approved on January 1, 1839, provided that county commissioners should form a district whenver a petition was presented for that purpose by a majority of its resident voters. The voters then had authority to left a tax "either in cash, or in good merchantable produce at cash price," limited however to "one-half per centum" and to "$10 per annum on any one person" upon its inhabitants for the establishment and support of a school.

C. W. Slagle in a public address referred to this statute "as a New Year's gift to the people." "I doubt," he exclaimed, "if the heroism of this good-merchantable-goods-at-cash-price clause has been equalled by any of the legislation that has occurred in behalf of our schools from that day down to this year of grace, 1881." Assuredly, it reflects alike their necessity and their sincerity.

In January, 1840, this law was amplified. The township was then required to elect at its annual meeting "three school inspectors." To these officers were assigned the duty of dividing the township into districts and regulating their boundaries. To the voters of a district was left the power to impose a tax for providing the schoolhouse and the "necessary appendages," except that "all expenses for fuel" should lay "upon the inhabitants sending pupils to school in proportion to the number of pupils" and the time of their attendance. Teachers were to be paid out of public funds apportioned by the territory to the county, by the county to the township, and by the township to the district. When this apportionment in any case was insufficient to meet the charge, the shortage, up to the amount voted at the annual meeting of the district, was to be collected by a special levy, but any further deficit was to be proportionally "assessed upon the parents or guardians of the children," who attended during the term when the deficiency occurred.

To what extent the statutory method of carrying on schools was employed is problematical. The accounts of them which linger in recollections and stories indicate that they were often held in the home of the teacher or the spare room of a settler and were usually supported by subscriptions. In no other way, with the universal lack of means, could they be maintained.

The time of establishment of schools in a township necessarily bore a close relation to its population, its growth and grouping. On May 1, 1844, as taken and returned by the assessors, "the number of white inhabitants" was 723 in Fairfield Township, mostly in the town; 887 in Locust Grove Township; 754 in Liberty Township; 692 in Penn Township; 580 in Lockridge Township; 536 in Round Prairie Township; 501 in Des Moines Township; 477 in Walnut Township; 330 in Cedar Township; and 214 in Blackhawk Township; a total of 5,694 in all. It is obvious from this census that there then could have been but few schools and few, if any, organized districts. In January, 1847, John A. Pitzer, clerk of the district court, was "paid $1.13 for making report of school organization of Liberty and Locust Grove townships." The evident import of the quotation is that each of these townships had recently reached a complete division into legally constituted districts.

In 1846, the county commissioners levied one mill for schools. This was the beginning of a general tax for the purpose. In 1847, the first distribution of funds so secured was made.

Of the important subjects of legislation acted upon by the First General Assembly of the state which met in December, 1846, one related to "Common Schools." The office of superintendent of public instruction was created to be filled "at the next annual township election." The rival candidates for the place were James Harlan, "independent of party or caucus," and Judge Charles Mason, named by the democrats. Harlan received a handsome majority. Despite this, he was denied a certificate of election. The occasion of the refusal was due to a doubt whether or not the law had gone into effect when he was chosen. However, he filed his bond which was approved by Governor Briggs and assumed the responsibilities of the position. In some counties the local officials were either indifferent to their duties or ignored the authority of the superintendent and his instructions. A muddled state of affairs grew out of these conditions which the Legislature was called together in special session in January, 1848, to correct. "An abstract of the reports of the school fund commissioners" submitted to this body shows 39 organized school districts in Washington County, 39 in Henry County, 74 in Van Buren County, and 41 in Wapello County, but none in Jefferson County which is not even mentioned. That Jefferson County was not included must be laid to the remissness or partisanship of Robert Brown, the school fund commissioner.

The Democratic State Convention taking advantage of the doubtful situation nominated Thomas Hart Benton, Jr., for superintendent of public instruction. Although Harlan's right to this office was still pending in court, he decided again to submit his case to the voters. The election was held on April 3, 1848, and resulted in Harlan's defeat.

It was December, 1850, when the first report of the new superintendent of public instruction appeared. It contains interesting details of the schools of Jefferson County. In 1849, the system was well advanced. There were fifty organized districts with 3,211 children of school age. There were thirty-seven schools with 951 pupils. Of the money appropriated by law for their support, $484.88 were derived from the county tax and $448.20 from interest on the school fund. There were received $35.00 from fines and $11.95 from the sale of estrays. There were 23 men and 7 women teachers. The average compensation of the men was $14.22 per month, and of the women $6.15 per month. They were paid $405.07 out of public funds and $934.08 out of voluntary subscriptions. The private aid greatly lengthened the school year. There were one brick and twenty-three log schoolhouses, valued at $2,673.46, or less than $112.00 each. The evidence of better things to come was the raising of $1,864.50 by local taxation in the districts for the erection of schoolhouses.

The development of the common school system proceeded rapidly along the lines set out. In 1852, there were 4 brick, 14 frame and 35 log schoolhouses. The general attitude is best seen in the voluntary subscriptions. These amounted in 1851 to $2,131.39 and in 1852 to $1,849.55, sums which represent much sacrifice and self-denial. Naturally, as public means grew, private aid diminished. Whatever claims may be made for advances of later days, in the faith that thus expressed itself in laying permanent foundations, there has been and can be no improvement. 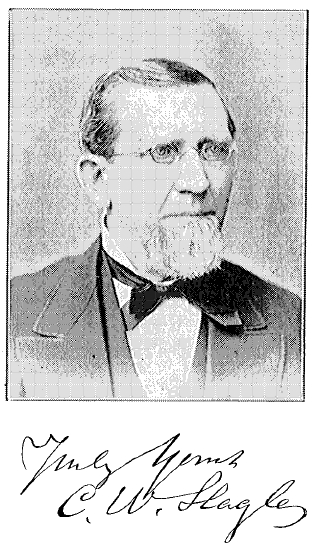 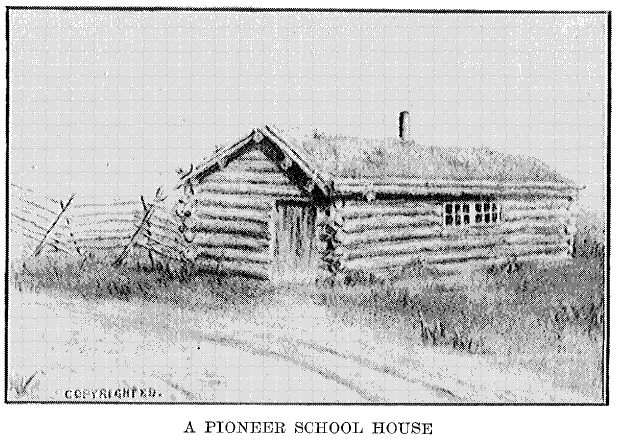 This page was created on 20 December 2015 and is copyrighted. This page may be copied and used for personal purposes but can not be republished nor used for commercial purposes without the author's written permission.
I am the County Coordinator and the Webmaster, the one who is responsible for the IAGenWeb project for Jefferson County, Iowa. Please contact me if you would like to contribute to this database or if you note any problems with these pages.