Michael Daniel Powers, age 48, of West Union, IA (formerly of Decorah, IA) passed away on Saturday, August 15, 2020 at his home surrounded by his family and loved ones.

Funeral services will be held at 4:00 p.m. on Tuesday, August 18, 2020 at the Decorah Lutheran Church, 309 Winnebago St. in Decorah, with Rev. Peter Kowitz presiding.

Visitation will be from 2:00 p.m. until the time of service on Tuesday at the Church.

Mike was born on April 3, 1972, the son of Roger and Mary (Lutzow) Powers in Rockford, IL. Mike moved to Missouri in 1996. He married Bridgette Rhynes and they later divorced. Together they had two children: Brandan and Skylena. He married Darcy Cook on May 10, 2007. Mike worked at a Nursing Home and McDonalds in Illinois. Then moved to Missouri in 1996 and worked at Missouri Forge, the Fire Dept, Lumber yard, and drove truck. Then moved to Iowa in 2002 where he worked at a McDonalds, Subway, Walmart, and a car dealership. Mike enjoyed playing cards and being an Ordained Minister since 2008. He loved going to the Family Table Restaurant and Rubys Restaurant for coffee with his ladies. Mike really enjoyed spending time with his family and friends. He loved spending time with his grandson Easton and his goddaughter Nakoma. 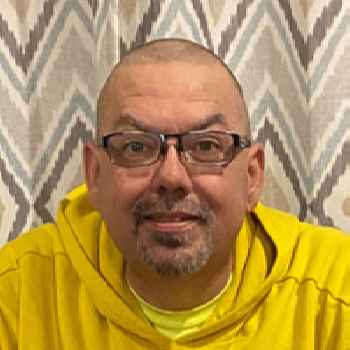