Mary Jean Sivesind, 82, of Bakersfield, CA, formerly of Waukon, IA, died Wednesday, April 26, 2017, at Divine Mercy Guest Home in Bakersfield. Funeral services will be held Saturday, May 6th, at 11:00 am at Big Canoe Lutheran Church in rural Decorah, IA, with Pastor Kurt Bockoven officiating. Burial will be in the church cemetery. Friends may call from 5:00 to 7:00 pm Friday at Martin Funeral Home in Waukon and at the church for an hour before services on Saturday.

A memorial service will also be held later this month in Bakersfield, CA for family and friends that are unable to travel to Iowa for her burial.

Mary Jean Sivesind was born on February 15, 1935, in Waukon, IA, the daughter of John Elder and Myrtle Aletta (Gavle) Tangen and was baptized and confirmed at Big Canoe Church. She graduated from Waukon High School, where she proudly served during her senior year as the Principals Personal Assistant.

On August 15, 1954 she married Donald James Sivesind at Big Canoe Lutheran Church in rural Decorah, IA. Mary Jean started her working career at the Allamakee County Treasurers office and then transferred to the County Assessors office. In 1963 she and Don moved their family to Bakersfield, CA, where for the next 25 years she worked as a food service manager at over a dozen schools in the Bakersfield City School District. Mary Jean pioneered the idea and served as manager of the Districts first central kitchen at Curran Junior High where student lunches were prepared and distributed to the middle school and several additional elementary schools each day. In 1995 Mary Jean and Don moved back to northeast Iowa settling first in Dorchester, IA and then to Thornton Manor in Lansing. Mary Jean returned to Bakersfield in November of 2015.

Mary Jean was active in the Evangelical Lutheran Church Women for decades. She loved working with the Hannah Circle to plan the churchs annual lutefisk supper as well as sewing quilts and other items for the indigent. She enjoyed being in the kitchen cooking and entertaining guests in her home, especially her family. She also enjoyed collecting carousel figurines and proudly displayed them in her home in cabinets made by Don.

Survivors include her children: Jeff of Bakersfield, CA, James of Los Angeles, CA, and Pam (Chris) Hillis of Bakersfield, CA; 8 grandchildren: Eric, Nicholas, Lief, and Kristin Sivesind, Jason and Spence Hillis, and Amber and Greg Linder; 2 great-grandchildren: Dyllan and Kaitlynn Sivesind; 2 brothers: Gordon (Sandra) and John (JoAnn) Tangen, both of Dorchester, IA; a sister Janet (Dave) Starr of Seattle, WA; and a sister-in-law Sue Sivesind of Waukon as well as numerous nieces and nephews. She is preceded in death by her parents; her husband Don who died in 2014; and one grandson Lance Hillis. 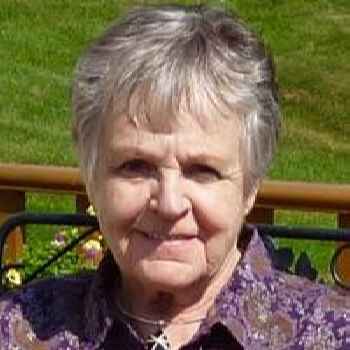