Memorial Services will be held at 11:00 a.m. Friday, December 16, 2016 at First Lutheran Church in Decorah with Rev. Melissa Bills officiating.

Visitation will begin 10:00 a.m. Friday, one hour before the service, at the church.

Private Family Inurnment will be next summer at Big Canoe Lutheran Cemetery in rural Decorah with Full Military Honors by Decorahs Veterans and Military Organizations.

Lyle was united in marriage to the love of his life, Lucille (Lucy) Aschim on June 2, 1951 at Washington Prairie Lutheran Church. Lyle and Lucy were blessed with three children: Susan, James, and John.

Lyle was a true Norwegian, and his life journey was full, rich, and service led. He was always surrounded by family and friends. Prior to his marriage, Lyle enlisted in the Army and served in the Pacific Theater from 1944-1946. After his military service, Lyle worked as a plasterer with Archie Johnson. When Lyle and Lucy married, they lived in Des Moines and Minneapolis, where he continued to work in plastering and stucco. After becoming an expert in the trade, he returned to Decorah and formed his own business, Sacquitne Plastering & Stucco. Decorah became their permanent home. Lyle and Lucy enjoyed many winters in Texas, and his final retirement was in 2006.

Lyle adored his wife, his children, grand-children and great-grandchildren. His family was his priority, and he gave of himself unconditionally. He wanted to please others, always ready to serve family and many dear friends. Lyle was an active member at First Lutheran Church and a founding member of Good Shepherd Lutheran Church. He belonged to Oneota Golf and Country Club, was a member of the Elks Club, The VFW, a charter member of Sons of Norway, life member of Vesterheim, and was a past member of the Decorah City Council. One of Lyles greatest joys was participating in his childrens activities, attending every single sporting, music, school event and Nordic Dancers. He loved to take everyone skiing sometimes with the car completely full of kids and skis. He would watch patiently as we skied all day, whether at Welch Village, Nor Ski or Mt. La Crosse. He also loved to hunt and fish with his sons and friends. He was the real deal, and truly loved unconditionally.

Skol dear Dad, and thank you for everything! 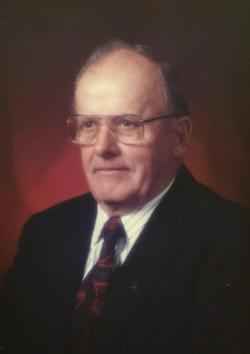