Eugene Gene Kenneth Stoen was born on January 18, 1936, the son of Knut and Mildred (Leikvold) Stoen in Spring Grove, MN. Gene graduated from Decorah High School in 1954. He served in the US Army, during the Korean Conflict. He was married to Caryl Dickman on July 19, 1959, at the Washington Prairie Lutheran Church; they later divorced. Gene farmed and milked cows until 1976. He also worked at the Midland Coop and Scotts Printing. Gene married the love of his life, Darlene Tollefson Frey on July 27, 1997, at the Big Canoe Lutheran Church. Gene loved to hunt, fish, bowl, barbecue and go to the Boat gambling. He also served on the military honor group proving final rites for veterans at the cemetery. Gene was very social and enjoyed having coffee at McDonalds and playing cards at the Hay Market. Above all, Gene loved and enjoyed spending time with his family and friends. Gene was a member of the Big Canoe Lutheran Church and the Helof Holm VFW Chapter #1977. 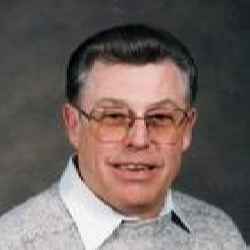