Funeral Services will be held at 11:00 a.m. Friday, August 19, 2016 at Big Canoe Lutheran Church in rural Decorah, with the Rev. Kurt Bockoven officiating. Burial will be in the church cemetery.

Visitation will begin at 10:00 a.m. Friday, one hour before the service, at Big Canoe Lutheran Church.

Raymond Ray Kenneth Amundson was born on October 27, 1936 in Spring Grove, Minnesota to Henry and Ida (Strinmoen) Amundson. He was the youngest of four boys. Ray grew up on various farms in the rural Highlandville Area. He attended country school through the 8th grade. After completing school he worked on the farms. On November 4, 1959, he enlisted in the United States Army. While in the army he learned how to do surveying. He spent most of his time at Fort Carson in Colorado. After serving two years he was honorably discharged and moved back to Iowa. Ray then began working as a county surveyor for Winneshiek County. He later would work for Minowa Construction Company, a company that built bridges, for most of his life. Ray lived up by the state line, North of Highlandville for the majority of his life but Decorah was always considered his home.

Growing up, Ray enjoyed fishing and squirrel hunting with his pa. Ray was very interested in family history/genealogy. He wanted the family history to be known and would often mail out information and pictures he found. During his lifetime he was able to make a trip to Norway; where his ancestors lived. A large part of Rays life was visiting with family and friends and being outdoors.

Ray is survived by his brother Herbert Herb Amundson of Mason City, IA; many cousins; many nieces and nephews; and great-nieces and great-nephews.

He was preceded in death by his parents and two brothers: Benny and Curtis Amundson. 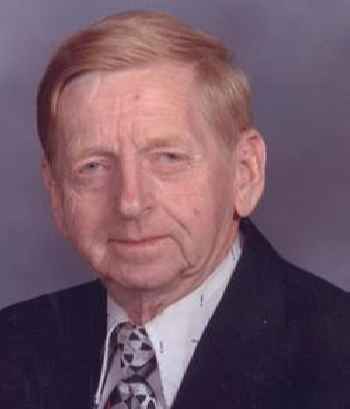