Funeral Services will be held on Saturday, November 28, 2015, at 10:00a.m., at the Big Canoe Lutheran Church, 1381 Big Canoe Road, rural Decorah, with Rev. Kurt Bockoven presiding. Burial will be in the church cemetery.

Larry Gaylord Bentley was born November 1, 1944, in Spring Grove, Minnesota, to Lester and Genevieve (Sylling) Bentley. He was baptized and confirmed at Big Canoe Lutheran Church, near Decorah, Iowa. Larry grew up on a farm and attended country school in Highlandville, Iowa. He attended Spring Grove High School. Following High School he enlisted in the United States Marine Corps (USMC) and served during the Vietnam War. In 1967, he married Barbara (Onsgard) Bentley, to this union two children were born, Christine and Michael. In 1992, he married Susan (Harada) Bentley, to this union one son was born, Jordan Bentley. Larry had a jovial approach to life and truly enjoyed creating an atmosphere of fun and laughter for others. He was an avid Minnesota Vikings Football fan, a life member of the American Legion in Spring Grove, Minnesota and at the time of his passing was a member of the United Methodist Church. He had a respected career as a Realtor and business owner of the Bentley Trucking company. He pursued his passion for flying by obtaining his Private Pilots Certification, enjoyed camping, boating, and traveling (especially to Hawaii). Most of all, he treasured the time spent in the company of his family and friends.

Larry was preceded by his father, Lester Bentley and a brother in infancy. 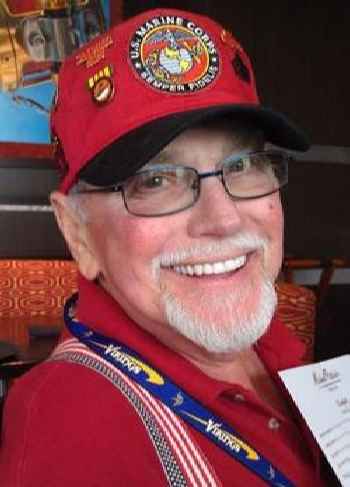