Ronald E. Gavle, 79, of Waukon, IA, died Thursday, February 12, 2015, at Gundersen Lutheran Medical Center in La Crosse, WI. Funeral services will be held Monday, February 16th, at 11:00 AM at the Waukon Reception and Banquet Center in Waukon, with Rev. Ronald Pederson officiating. Burial will be at a later date at Big Canoe Cemetery, rural Decorah, IA. Friends may call from 2:00 PM - 6:00 PM Sunday at Martin Funeral Home in Waukon.

Ronald Eugene Gavle was born on September 19, 1935, in Decorah, IA, the son of Norris and Frances (Osmundson) Gavle. He grew up on the family farm north of town, attended rural elementary schools and Decorah High School. Ron later earned his GED while in the service. He served in the US Army from 1954 until 1956 seeing some of that duty as a helicopter mechanic in Germany. Following his discharge he returned to northeast Iowa where on January 6, 1957, he married Beverly Ione Quandahl at Waterloo Ridge Lutheran Church near Dorchester, IA. They moved to Beloit, WI where Ron worked for Fairbanks Morrison Manufacturing and had a delivery route for Omar Bakery. After a year they returned to rural Decorah where he operated Rons Milling & Feed and then Rons Grain Service. For 4 years Ron and Bev both were over the road truckers traveling to most all parts of the USA and enjoyed exploring many interesting places along the way. Ron loved all aspects of trucking and helped a lot of younger people he met get into the business. Ron also had a long career driving buses. He drove school bus for North Winneshiek School for 13 years and since 2010 has been driving for Allamakee Community Schools. In addition he was a part time driver for Hawkeye Stages commercial bus line. For 35 years Ron and Bev also farmed in Quandahl, IA, operating a Jersey dairy herd. After selling the farm in 2001 they moved to and served as custodians for the Big Canoe Lutheran Church in rural Decorah. Since December of 2009 they have lived in Waukon.

Ron was always active in church in the various places he lived and currently was a member of King of Grace Lutheran Church in Waukon. He was also a member of the VFW. He enjoyed playing cards and having coffee with his friends, spending time with his dog Betts, and any chance he got to get together with family. 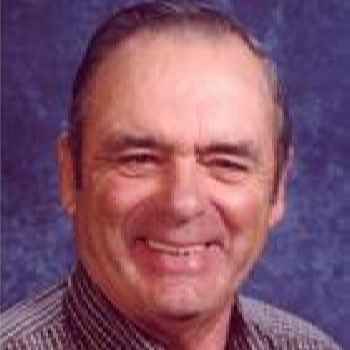