Edward Erickson was born in Oslo, Norway, May 1, 1843, and departed this life August 26, 1926. He came with his parents to America in the year 1854, settling near Washington Prairie, Iowa, where he was confirmed by Rev. V. Koren and grew to manhood.

He was a civil war veteran, serving during the last year of the war.

In 1869 he was married to Emily Tobiason. Eleven children were born to this union all of whom grew to young man and womanhood.

After his marriage he moved on a farm near Springwater, where he resided the rest of his life with the exception of six years spent in Decorah after the death of his wife, which occurred October 27, 1917.

The last year of his life was spent with his sons Ingebret of Ossian and Olavus who resides on the old home farm, where the deceased was at the time of his death.

He was a man of sterlilng qualities, highly respected by all who knew him. He leaves to mourn his departure four sons and one daughter viz John, of Decorah; Hans, of Harmony; Ingebret, of Ossian; Olavus, on the home farm; Mrs. S.R. Ellis, of La Crosse, Wis., 40 grandchildren and 7 great grandchildren, 3 sisters and 1 brother.

Funeral services at his old home place Aug. 30th at 1 o'clock p.m. and in Big Canoe church at 2 o'clock were attended by many relatives and a host of friends. His earthly remains were laid to rest in the Big Canoe cemetery. 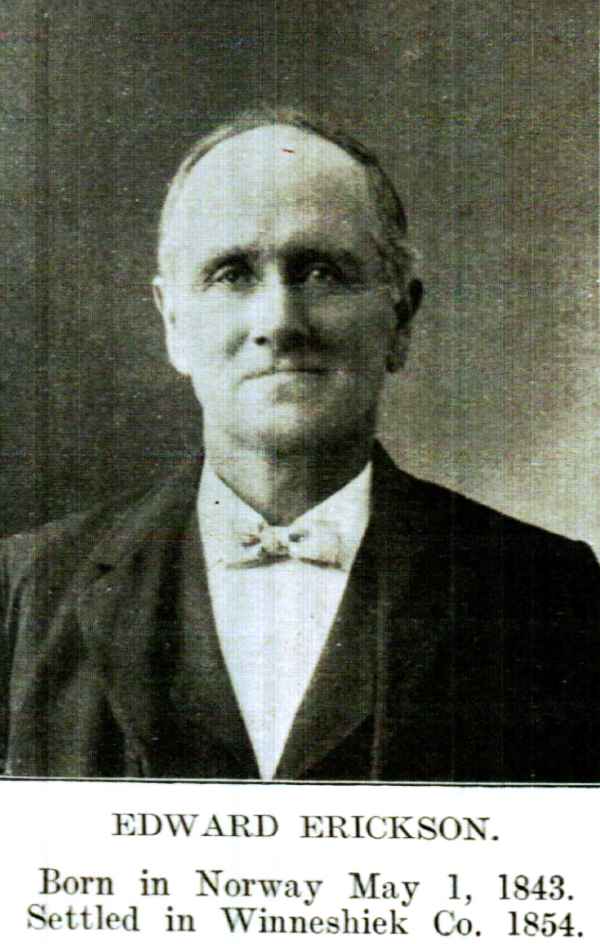