Ernest Edward Engan, age 77 of Dorchester passed away Saturday, December 29, 2012 at Veterans Memorial Hospital in Waukon.
He was born August 13, 1935 in Hesper, Winneshiek County, to Palmer and Alice (Nelson) Engan. He was baptized at Hesper Lutheran Church and confirmed at Big Canoe Lutheran Church.
Ernest attended rural school in Winneshiek County, where he had perfect attendance for the first seven years.
He was a lifelong area resident except for a year spent in South Dakota, and four years in California.
Ernest farmed with his mother until entering the Air Force. He served four years in the military during the Korean War.
He worked at a foundry in Illinois, after which he was a logger.
He was a member of Big Canoe Lutheran Church in rural Decorah.
He is survived by his wife, Juanita; his sons, Ernie (Dana), Wayne (Sandy), and Troy (Kim); his daughters, Connie (Ed) Urell and Kim (Rick) Crawford; his grandchildren, Melissa (Darin) De Wall, Carrie Crawford, Ian Urell, Claire Urell, Kevin (Emily) Engan and Allie Engan; his great-grandchildren, Dakota and Zoey DeWall; his brother, Maynard Engan; and his sisters, Polly Stoen and Barbara Haugen.
In addition to his parents, he was preceded in death by his twin brother, Earl; his older brother, Selmer; his son, Harlan; and his grandson, Ernie Earl Engan, Jr.
Funeral services were held Thursday. January 3 at Big Canoe Lutheran Church, rural Decorah. Pastor David H. Andreae officiated. Burial was in the church cemetery. 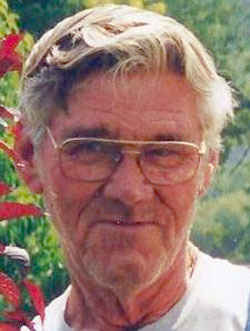