Memorial Services will be held at 11:00 A.M. Thursday, August 30, 2012 at First Lutheran Church in Decorah with Rev. Chad Huebner and Rev. Richard Simon Hanson officiating. Inurnment will be in Big Canoe Lutheran Cemetery in rural Decorah, with full military honors.

Visitation will begin on Thursday at 10:00 A.M. at the church, one hour before the service.

Charles John Istad was born on April 1, 1925 in Pleasant Township, the son of Stella (Otteson) and Arthur Istad. Chuck was baptized and confirmed at Big Canoe Lutheran Church. He attended Highlandville Elementary School and Decorah High School graduating in 1943. He joined the U.S. Army in 1944 as a Parachute Rigger and spent two years in the Pacific Theater. He then had a year at Luther College before moving west to Oregon with a contingent of Decorah friends. He married Marilyn Haugen on April 23, 1949, in Eugene, Oregon. After a few years in Oregon and then Cedar Rapids, the family moved back to Decorah where he founded the Pepsi Distributorship of Northeast Iowa and Southeast Minnesota.

During the Pepsi years, he was always happy to provide refreshments, as well as other support, for sports and community events at Luther College, Decorah High School, and downtown. Each year Chuck, as a leader of the Decorah Jaycees, sponsored a trip to Decorah for Miss Iowa. Another yearly highlight was hosting the University of Iowa head football coach for a dinner in Decorah. In 1970, he began his second career with Paul Revere Insurance. Istads bought the Cremee Freeze in 1967 and changed the name to the Whippy Dip. He developed Decorahs first condominiums on 206 Ohio Street. This was the site of the Stovewood House, which is now on display at Vesterheim Museum. Whether discussing sports, politics or just keeping track of his many friends, Chuck truly enjoyed all of the people that he knew from his Pepsi days, the insurance business, the Whippy Dip, and the Decorah community in general.

He was a member of First Lutheran Church, President of the Church Council, President of the Jaycees, and member of the BPO Elks. He was Decorahian of the Week in the 1960s. For leisure time he loved to golf and keep track of the Decorah Vikings, University of Iowa Hawkeyes, and the Chicago Cubs.

He is preceded in death by his parents; two sisters, Marlys Ward and Arla Istad; one brother, Donald Istad, who died in Manila in WWII; a daughter, Jan Istad on September 18, 2007; and an infant daughter, who died at birth in 1954.

The family wishes to thank all those who assisted Chuck in the recent years, especially Home Town Taxi, Share and Care and the staff and friends at Family Table.

In lieu of flowers, the family suggests donations to First Lutheran Church, Aase Haugen Homes or a charity of your choice. 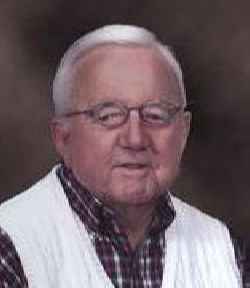