Curtis Albert Nordheim was born April 14, 1925 on the family farm in Pleasant Township, Winneshiek County, the son of Victor E. and Gyda (Brunsvold) Nordheim. Curtis attended the rural Sattre School and graduated from Decorah High School in 1942. He joined the U.S. Navy and served aboard the USS Carteret in the Pacific. During World War II they delivered troops to Iwo Jima, Saipan, Guam, Guadalcanal, Okinawa and the Philippines. He also served on a tanker in the North Atlantic as a boatswains mate 2/C, returning to Decorah in February of 1946.

On June 9, 1946 he married Eileen Nicholson at the First Lutheran Church in Decorah. They farmed near Locust for four years and the next four years he farmed near Frankville where they rented a farm belonging to Harriet Letchford. She owned a livestock auction market where Curtis worked on sale days. Thus began his love of sale barns. The Decorah barn was purchase from the Aspensons in 1952. He joined with Art Ernst and Walter Witt and, for a time, operated three sales a week in Ossian, Waukon and Decorah. He purchased the market north of Waukon and built up the Northeast Iowa Sales Commission, selling out in 1972. He worked with Dennis Knutson at the Decorah barn and purchased the Cresco barn. He also operated the Cresco Livestock market and he later attended many sales as a cattle buyer for farmers in the tri-state area.

The 80-acre farm on the Locust Road was purchased in 1959 from Ed Seegmiller. The North Home housing development was begun in 1965. He was especially proud of Nordheim Park, property donated to the city of Decorah in 1990.

He is survived by his wife Eileen of Decorah; four children: James of Waukon, Randall of Waukon, Laurel Nordheim of Monona, WI, and Michael of Decorah; five grandchildren, one brother: Kermit of Decorah; and one sister: Mildred Dinger of Decorah.

Curtis was preceded in death by one son: Neil Allen who was stillborn in 1953; his parents; and one brother: Gerald.

Transcribed from a newspaper clipping submitted by Janice Sowers. 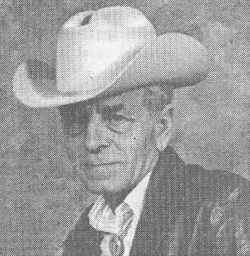