Funeral services will be held at 11:00 a.m., Monday, March 2, 2009, at the Big Canoe Lutheran Church, rural Decorah, Iowa, with Rev. David Andreae officiating. Burial will be in the church cemetery.

James Jim Laverne Hurd was born on July 16, 1954, the son of Maurice Edgar and Irene Harriett (Buenneke) Hurd in Oelwein, Iowa. Jim graduated as class president from West Central High School of Maynard in 1972. He married Rita Steinbronn on September 15, 1972, at St. Peters Lutheran Church in Westgate, IA, and to this union, two children were born: Heather and Aaron. He worked for Seig Motor Company and Gulf States Plastics in Oelwein. In 1976, he moved with his family to Big Canoe Road, north of Decorah, to take up farming with his father-in-law. In 1983, he bought a smaller farm, two miles down the road. Jim went to work for Northern Engraving in 1984 and worked there until 1991, when he joined Camcar in Decorah where he worked in Quality Control, Heat-treat and Customer Complaints. Jim had two children and five grandchildren who made the sun rise in his life. They loved to go to Highlandville with him when he went for coffee each evening with Loren and Gus. Jim loved everything about hunting  but mostly spending time with his friends and family, teaching young people to hunt and to love the outdoors. Jim knew everyone in a four county area, due to his auctioneering with Steve Darrington at church bazaars. Jim was a member of the Big Canoe Lutheran Church, the Highlandville Literary Society and the Three Dorks Club. He will be loved and missed by everyone who knew him.

Jim was preceded in death by his parents: Maurice and Irene Hurd. One brother-in-law: Ron Steinbronn and one niece: Jenny Earls. 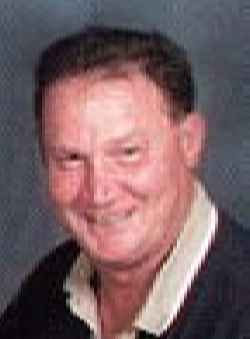