Visitation begins at 10:00 A.M. Saturday, December 20, at the church, one hour before services. Fjelstul Funeral Home in Decorah is in charge of arrangements.

Inez Beona (Forde) Gjere was born August 13, 1916 at home in Waterville, IA, the daughter of John and Clara (Slindee) Forde. She was baptized into the Christian faith at the Big Canoe Norwegian Lutheran Church on September 17, 1916 under the hand of Pastor T.O. Tolo. Her sponsors were Nels Gavle, Betsy Gavle, Melvin Slindee and Tina Slindee. She was confirmed in her Christian faith on June 14, 1931 in the Big Canoe Norwegian Lutheran Church. Inez was educated in the rural schools of Allamakee County through the eighth grade.

Inez was united in marriage with Theodore K. Gjere on April 12, 1938 at the Big Canoe Lutheran Parsonage. Inez was a homemaker and farmed with her husband, Ted, in Pleasant Township, Winneshiek County. In 1969 they retired from farming and moved to Decorah. They lived there for 30 years.

Inez enjoyed playing cards, fishing and traveling. She liked the news and was a member of the Big Canoe Circle and WELCA groups. Inez moved to Oneota Riverview Care Facility in Freeport. She fell there and was transferred to Aase Haugen Home in April 2003. She was preceded in death by her husband, Ted on November 14, 2002; her parents; and two brothers, Merle Forde and Gordon Forde. 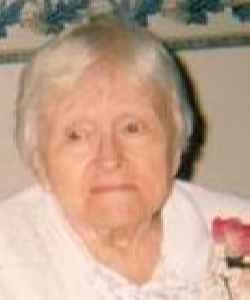