Funeral services will be held at 11:00 a.m., on Monday, April 20, 2009, at the Big Canoe Lutheran Church, rural Decorah, Iowa, with Rev. David Andreae presiding. Burial will be in the church cemetery.

Harriet Corrine Forde was born on July 25, 1911, the daughter of Julius and Hannah (Ellingson) Quanrud. She was baptized at Big Canoe on Aug. 13, 1911, under the hand of Pastor Knute Seehuus. Her sponsors were Louis Hanson and his wife Matthilde, Henry Quenrude, & Ella Ellingson. She confirmed her faith at Big Canoe on May 17, 1925 under the guidance of Pastor T.O. Tolo. Harriet attended Bear Creek country school and then went to work on area farms, enabling her sister Anna, who was eleven months younger, to attend high school. Harriet was a caregiver all of her life and by working, she was able to buy a graduation dress for Anna and a suit for her father. Harriet married Lloyd Forde on June 28, 1934, one of the first couples to be married at the Big Canoe Lutheran Church. Together they farmed in Allamakee County, raising chickens and milking cows. While Lloyd worked on the Alaskan Highway in 1943, Harriet ran the farm by herself. Harriet always had a huge produce garden and the family ate what was in the cellar all year long. She was a wonderful homemaker and cook; making homemade bread and sharing food with area bachelors at Christmas time. Harriet enjoyed her flower gardens, quilting and sewing; making thirty-five quilts a year for missions at church. Through the years, Harriet and Lloyd showered their children and grandchildren with their love and lived a very peaceful, content life on the farm. Harriet was a lifelong member of the Big Canoe Lutheran Church, where she was very active teaching Sunday school and serving as officer of her Hannah Circle and the Ladies Aide. 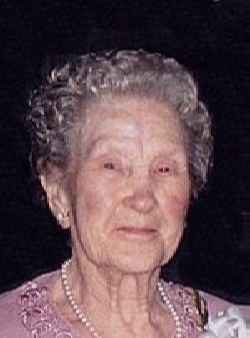