Funeral services will be held at 11:00 a.m., on Thursday, April 23, 2009, at the Decorah Lutheran Church, with Rev. Tom Pietz, Rev. Bryan Robertson and Rev. Allen Vik officiating. Burial will be in the Big Canoe Cemetery, rural Decorah, Iowa.

Friends may call from on Wednesday from 4:00-7:00 p.m. at the Schluter  Balik Funeral Home in Decorah and after 10:00 a.m. at the church on Thursday morning.

Thomas Tom Neil Burreson was born on August 18, 1939, the son of John Hildus and Rose Evelyn (Ellingson) Burreson in Decorah, Iowa. While in grade school, Tom was active in the Decorah Kilties. He graduated from Decorah High School in 1957 and served in the US Army Reserves. Tom married Joanne Block on August 11, 1963, at the Decorah Lutheran Church and together they raised, Steve and Alicia. Tom was a lifelong resident of Decorah, operating his familys furniture store, Burreson Furniture for several years and then along with his wife Joanne at the Wheatman Cleaners from 1985 to 2007. Tom was a dedicated bus driver for Decorah Community Schools for forty-seven years as well serving as a volunteer firefighter with the Decorah Fire Department for thirty-seven years. He enjoyed working with his hands making custom picture frames, building and fixing model planes and woodworking. Tom was an avid outdoorsman who had a passion for hunting and fishing. Tom was a member of the Decorah Lutheran Church and the Elks Lodge #443.

Tom was preceded in death by his parents: John Hildus and Rose Evelyn (Ellingson) Burreson and one brother: Gary Burreson in 2005. 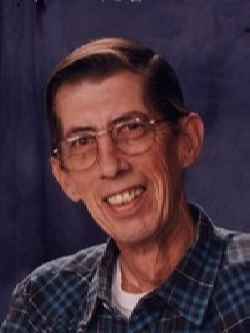