Funeral Services will be held at 11:00 A.M. Saturday, November 5, 2005 at Big Canoe Lutheran Church in rural Decorah, by the Rev. David H. Andreae, with burial in the church cemetery. Friends may call from 4:00-7:00 P.M. Friday, November 4, 2005 at Fjelstul Funeral Home in Decorah and an hour prior to the services on Saturday at the church.

Myrtle Ellen Jacobson Phillips was born June 27, 1914 in Decorah, Iowa, the daughter of Lars and Ida (Lien) Sorenson. Her father immigrated to the United States from Norway in 1891 at the age of 20. Myrtle was baptized and confirmed at Canoe Ridge Lutheran Church, rural Decorah. After graduating from Decorah High School, Myrtle taught at several Winneshiek County country schools for a few years, including Sattre and Dobney schools in Pleasant Township.

Mrytle was united in marriage with Emmet Raymond Jacobson on February 16, 1936 at Glenwood Lutheran Church, rural Decorah. This marriage was blessed with five children: Duane, Lyle, Marlys, Rodney and Lemoyne. They lived and farmed on the Jacobson home farm in Pleasant Township. Emmet died unexpectedly in a car accident on November 17, 1953.

Myrtle moved to Decorah in 1964. She worked at Luther College, Decorah Greenhouse and Decorah City Hall with the Police Department and later in the City Clerks office from which she retired in 1979 after 15 years of service.

On January 31, 1976, Myrtle was united in marriage with Thomas Edwin Philips at Big Canoe Lutheran Church, rural Decorah. They had a very active life together as they both loved to garden, fish, dance, play cards and just have fun. They both also had a great love for the Lord. Tom preceded her in death on February 23, 2003. 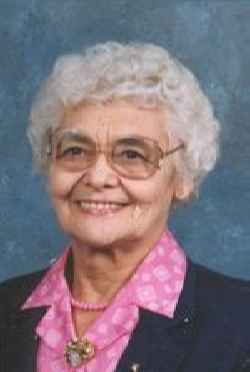