Maynard O. Gjere, age 72, of Highlandville, Iowa died on Monday, September 19, 2005 at the Aase Haugen Nursing Home in Decorah, Iowa from complications of a stroke.

Funeral services will be held at 11:00 a.m. on Wednesday, September 21, 2005 at the Big Canoe Lutheran Church with Rev. David Andreae officiating. Burial will be in the church cemetery. There will full military rites at the graveside by the John B. Lund American Legion Post #299.

Maynard Odell Gjere was born on April 27, 1933 the son of Alvin and Hattie (Mestad) Gjere near Spring Grove, MN. Maynard was baptized and confirmed at the Big Canoe Lutheran Church. He attended Winneshiek County country school. Maynard served in the US Army from 1953-1955. Maynard married Sandra Lynch on April 22, 1960 at the Spring Grove Lutheran Church. After they were married, they lived in Decorah until they moved to Highlandville in 1973. Maynard farmed near Highlandville and also worked for Winneshiek County for thirty-five years as a secondary road worker, was a maintenance worker, welder, heavy equipment operator and truck driver, retiring in September 1990. Maynard enjoyed working on old Ford cars, welding, hunting, fishing, riding bulls in the rodeo and spending time with family and friends. Maynard was a member of the Big Canoe Lutheran Church, the John B. Lund Am. Legion Post#266 in Mabel, MN for 29 years and the I.O.O. F. for 34 years.

Maynard was preceded in death by his wife, Sandra on April 1, 2003; his parents: Alvin & Hattie Gjere; one brother: Jerome Gjere & wife Clarice; his father and mother-in-law: Joseph & Mildred Lynch and one brother-in-law: Jim Lynch. 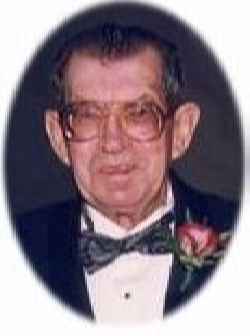