Irvin Wirtjes, 83, of Forest City, passed away peacefully with his family by his side on Sunday, October 6, 2019, at the Good Samaritan Center in Forest City.

The youngest of five children born to German parents, Herman F. and Sena (Johnson) Wirtjes, on September 17, 1936, at what was known as the Sheldahl farm in Lakota, Irvin received all of his civic education in the Lakota School system and his religious education at the Ramsey Reformed Church near Titonka. From April 1954 until his honorable discharge in February 1956, he served in the United States Army, spending most of his time in Germany operating and conducting tank training maneuvers for his fellow soldiers.

Following his military discharge, he worked on the farm until he moved to Lakota in 1960. There, he worked at a variety of jobs beginning at the Elmore Elevator shelling corn. Because he loved big machines, he began working for McGuire/Will Road Construction running a roller. Then, he advanced to a D-8 push CAT and Euclid scraper as the company was building Highway 169 near Algona as well as other Iowa projects. During the winter months, however, he worked for Lund Construction building homes in Colorado, gaining valuable experience that he could use for the rest of his life.

A mutual friend introduced him to his future wife (Sue) by bringing her to Lakota for a visit. After Irv and Sue met, they fell in love and married in the Presbyterian Church in Lakota on October 28, 1967. They, however, spent their entire married life in Forest City. When his siblings learned of his plans to marry, they were surprised for they didnt think he would ever settle down and have a family! Nonetheless, he became a loving husband and a fun and involved father. Dad to his Little Angel, Kari, and to Little Buddy, Greg, he created the settings for many special memories of ordinary events and help organize many enjoyable family vacations, their favorite, traveling to Colorado.

After they wed, Norman and Sue moved to Forest City where he worked for Winnebago Industries, doing base dirt work to build Big Bertha. He, also, worked for a short time for Eyman Implements in the John Deere repairs department, but he, soon, took a position with Winnebago County doing secondary road maintenance. He held that job for almost thirty years, doing road repair work and plowing snow on the Bancroft Road. In addition, for several years, he volunteered as a fireman with the Forest City Fire Department.

In his late 30s, Norm recommitted his life to Jesus and spent much time studying Gods word and serving in various capacities while attending the Congregational Church and later the First Baptist Church. He loved volunteering to serve the elderly.

As his health began to decline, he continued gardening and helping others, especially Greg on the farm. Then, he, once, drove to Colorado Springs by himself to help Kari on a home project. Unfortunately, in the recent past, Alzheimers has separated him from family and friends, but he, always, maintained a connection to Jesus as he spent more time reading the Word and listening to Christian music. He liked playing the guitar, plunking on the piano, having coffee with friends, playing with grandchildren regardless of their stage of life whether building structures with Legos, riding Hot Wheels, dressing up, or reading stories. Moreover, he enjoyed taking long walks with his best friend, Sue

Those going before him include his parents and parents-in law, Linus and Rose Coyne: his brother, Arthur (Doretta) Wirtjes; his brothers- and sisters-in-law, Milford Berg, Verlin Lemaster, Maxine Lewis, Marjory Lanphier; and his nephews, Scott Allman and Rodney Wirtjes.

Proverbs 3:27 says, Do not withhold good from those who deserve it, when it is in your power to act. Irv was always willing to lend a hand to a friend or neighbor. A good and willing worker, he had the reputation to go with it. He loved the Lord with all his heart and had such a longing for heaven. A kind and gentle man, he taught his children the rewards of doing ones best. 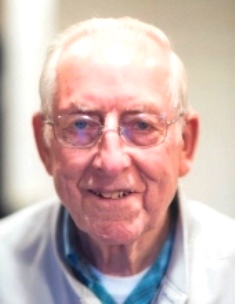