From the Sioux County Capital, October 20, 1988, p. 8: Photo of William and Alys Beltman, accompanied by this caption:

William and Alys Beltman have retired from farming and have moved to Alton, but William farmed the 148 acres named a Century Farm from 1943 to 1972. Hendrikus Beltman came to America from the Netherlands in 1877 and bought the land. His son, John H. Beltman moved onto the farm on March 6, 1890 when he married. William and Alys and three sons Norman, Dennis and Brian were next on the land. Dennis presently rents the farm and lives there with his wife Dawn and three sons, Paul, Tom and Daniel. 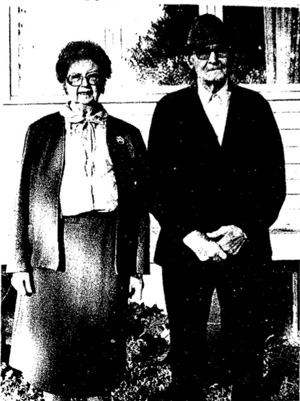