Farrel and Tillie Harrington, Route 3, LeMars, have filed for Century Farm recognition. Their Century Farm is located in Washington township.

Reese, like many of our early county settlers, was born in Germany. The farm was then owned by Tillies parents, Gert and Annie Siebens.

Part of the original home is still in use.

Century Farm owners will be recognized at a special program during the Iowa State Fair.

To qualify as a Century Farm the land of at least 40 acres must be owned within the same family for 100 years. Deadline for filing for 1983 recognition is June 1. Application blanks are available at the Plymouth County Farm Bureau office, LeMars. 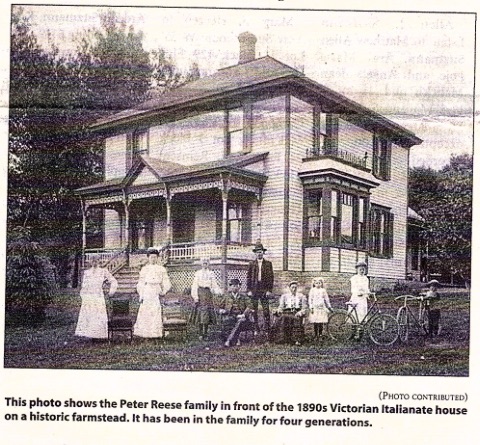