A lifetime resident, Mr. Murrell was a member of the First Christian Church and the Masonic Lodge. He retired as a brick mason in 1969.

He was preceded in death by his parents, two brothers and a sister. Survivors include his wife Martha; a son, Rex Edward Murrell; and two brothers, Fred Murrell of Denver, Colo., and Dale Murrell of Medford, Ore. 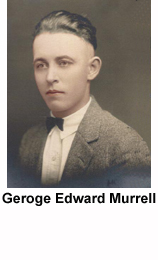