Former Fairfield resident Kendall "Ken" Brice MESSER, now was a resident of Warrensburg, Mo., died unexpectedly on April 3, 2021, at the age of 71.

Ken was born in Fairfield, Iowa, on Oct. 18, 1949, to Clifford and Mazie MESSER. He graduated from Iowa State University in 1971 with a degree in Animal Science. He later graduated from the Graduate School of Banking at the University of Wisconsin - Madison in 1988. Kendall retired from Edward Jones in 2011 after a 37-year career in banking and financial planning.

Ken was a devoted husband, father and grandfather. He greatly enjoyed gardening and singing in the First United Methodist Church choir. He was a longtime member of Rotary International, serving as District Governor from 2013-2014. A strong believer in servant leadership and an avid volunteer, Ken served on many boards and participated in many organizations including Lions Club, the Executive Board of Care Connection for Aging Services and the Board of Directors of the Trails Regional Library Foundation, and WIG Investment Club.

A visitation wil be held from 4 to 6 p.m. Friday, April 9, at Sweeney-Phillips & Holdren Funeral Home in Warrensburg. A funeral service is scheduled for 11 a.m. on Saturday, April 10, at First United Methodist Church in Warrensburg followed by burial at Sunset Hill Cemetery. In lieu of flowers, memorial donations may be directed to the Music Ministry of the First United Methodist Church in Warrensburg or the Trails Regional Library Foundation in Warrensburg. Due to COVID-19, masks will be required at all memorial events to honor, respect, and protect Ken's family. 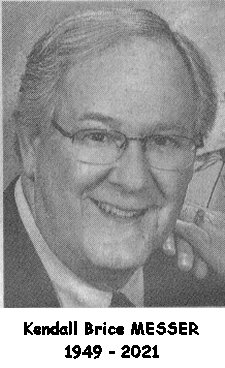