Philanthropist, businessman, musician and military veteran John JACKSON of Fairfield is adding another title to his long list: centenarian.

JACKSON will celebrate his 100th birthday during an open house from 2-4 p.m. Sunday at the Fairfield Senior Citizen Center.

Everyone is welcome to attend. No gifts are requested.

JACKSON has lived in Fairfield most of his life, where he is known for his philanthropy, his seed business and his musical inclination.

While serving as a sergeant in the U.S. Army and the Iowa Army National Guard, JACKSON led the marching band as its drum major. He also participated in the dance band and played saxophone in the concert band. JACKSON was in the band during World War II in Italy.

The philanthropist also has donated money to the Fairfield Arts & Convention Center to start an endowment for the center, and he established the John Jackson Instrumental Music Scholarship awarded yearly to a Fairfield High School student and administered by the Greater Jefferson County Foundation. 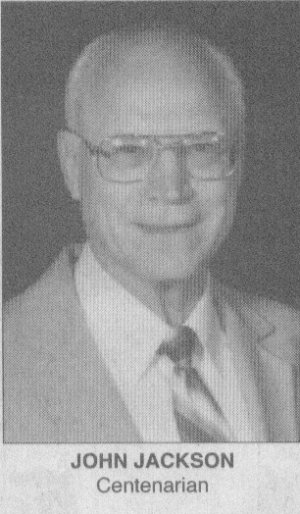