Wilma LAWSON of Fairfield observed her 104th birthday with a private celebration May 17 at SunnyBrook Living Care Center.

She taught in a one-room school before later running a motel and restaurant west of Fairfield.

Mrs. LAWSON's children are Bud LAWSON of Ankeny, Eugene LAWSON of Bettendorf, Dick LAWSON of Clifton, Va., and Roger LAWSON of Tucson, Ariz. She has 11 grandchildren and eight great-grandchildren.

Note: As of this posting, she is the county's oldest living resident. 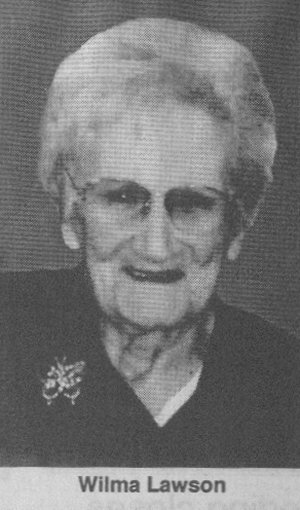