(Story reprinted here with permission of the interviewee, Richard Thompson)

The 149-year-old journal arrived at the Fairfield Public Library in an unassuming manila envelope addressed to the genealogy society.

For local historians and genealogists, the journal fills a gap. In the fall of 1861, ALEXANDER recorded the governor's original orders to form a county militia, as well as the names, unknown until now, of the men elected to officer ranks in each township.

"In April 1861, basically the Civil War started ... and Jefferson County people signed up to fight," explained Richard Thompson, a member of the Jefferson County Genealogy Society. "By the fall, Missouri was not real happy with Iowa getting involved, and there were threats of people from Missouri coming into southern Iowa."

In October 1861, Governor Samuel KIRKWOOD ordered ALEXANDER to establish a militia. A second order provided for the election of officers. Until the arrival of the journal, Thompson said the names of those officers, except for those in Fairfield's southern district, were lost.

Thompson has deciphered around 90 percent of the names, tracing a couple to living descendants still in the area.

"This is the first journal by a county judge that we've been provided with," Thompson said. "When Iowa and Jefferson County were first formed they had county judges, but whatever happened to the journals that they kept in the intervening years, we don't know.

The journal found its way back to Fairfield from Pensacola, Fla., where it had been in the possession of Lettie LEE. MORGAN was the great-grandfather of LEE's late husband. LEE sent the book to Fairfield, seeking additional information about her husband's lineage.

The genealogy society intends to have the book restored and displayed in the courthouse lobby. A bound photocopy will be donated to the library and available to the public.

*Transcribed for historical purposes; I am not related to the person(s) mentioned.

In the photo below, a nearly 150-year-old judges' journal recently donated to the Jefferson County Genealogy Society fills in a gap about Jefferson County's Civil War history. 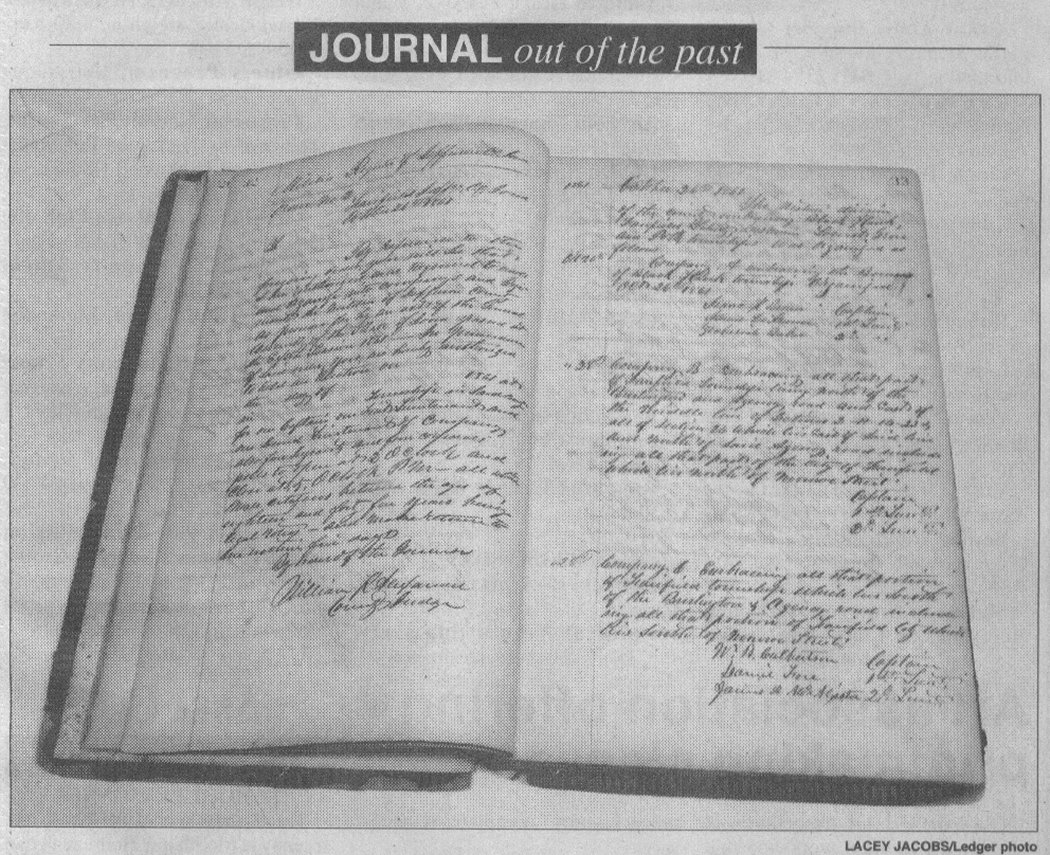