Teddy ROOSEVELT stops in Fairfield, in 1912

By 1912, Theodore ROOSEVELT and William TAFT had a falling out, and the presidential race featured TAFT, ROOSEVELT with his newly formed Progressive Party and Woodrow WILSON. The real-photo post-card shows a crowd gathering for ROOSEVELT's 1912 campaign train stop in Fairfield. The view is from Court Street and shows a long row of bleachers on the north side of the railroad tracks. With TAFT and ROOSEVELT splitting the Republican vote, WILSON easily won with 435 electoral votes to a combined 96 total for the other two candidates. 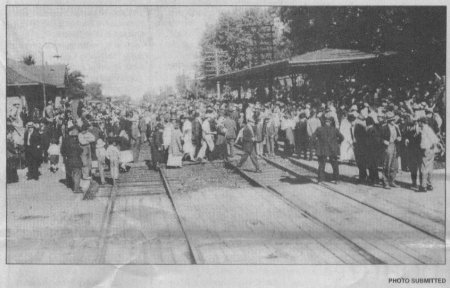