Mary Raymond submitted these three photos that show the Fairfield High School in the spring of 1938 after it was destroyed from a fire that could supposedly be seen from as far away as Mount Pleasant. The fire occurred April 22, 1938, and was first reported at 1:15 a.m. One theory behind the fire is that it started in the drama department dressing room from a cigarette that was carelessly discarded. TOP: The east side of the building had nearly every window broken out during the blaze. The brick was crumbled away in the upper righthand side of the photo. MIDDLE: Large amounts of stone caved in on the south side of the building. BOTTOM: The east side door was mostly blocked with rubble. 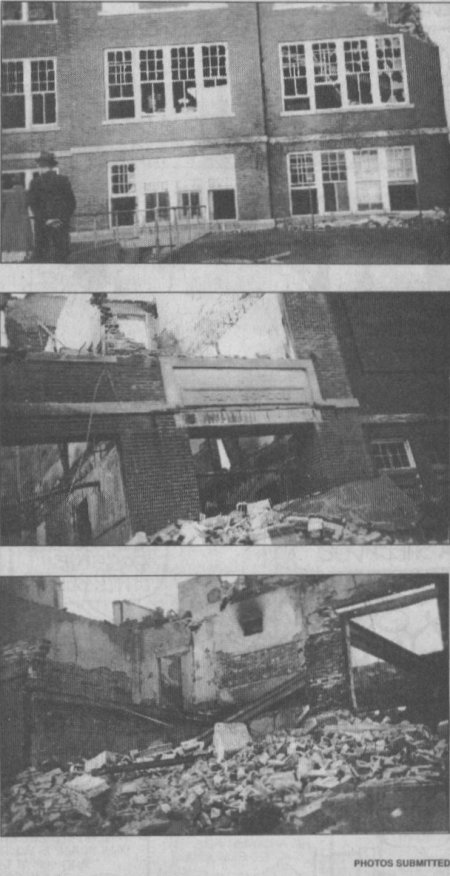