Kenneth Eugene Stevenson, 102 of Lime Springs, IA, passed away on Tuesday, August 27, 2013 at the Riceville Community Rest Home in Riceville, IA. Kenneth was born on May 5, 1911, on a farm near Maple Leaf, Iowa. He was the son of Matthew and Edith (Walters) Stevenson. He was the sixth of seven children. He spent his growing years at Maple Leaf and attended Howard #2 School, which was taught by his sister, through the eighth grade. He then worked for farmers and Dr. Jack Graf. While working east of Cresco for Selmer Jacobson, he met Alice M. DeGrave of Cresco, Iowa. Kenneth and Alice married on February 26, 1938. They moved to a farm west and north of Saratoga, Iowa. They took Jerry and raised him due to his mother passing away when he was only a baby. On March of 1941, they moved to the farm west of Lime Springs. Alice passed away on September 23, 1974. Kenneth then married Hilda Marie Sara (Ball) Neidert of Dodge Center, Minnesota on June 19, 1976. They continued to live on the farm until 1985, when they moved to 408 W. Merrill St. in Lime Springs, Iowa. Hilda passed away in 1995. Kenneth continued to live in his home until he entered the Riceville Nursing Home in December of 2002. He is survived by his nephew Jerry Stevenson, whom he raised as his son, and many nieces, nephews, and many friends. He was preceded in death by his wives Alice and Hilda, his parents, brothers, Ross, Ben, Lynn, and Robert, sisters, Olive, Leone, and Verle. Blessed be his memory.

Friends may call from 4-7 p.m. Friday at the Lindstrom Funeral Home in Cresco, Iowa, as well as one hour prior to services at the church.

Burial will be in the Pleasant Hill Cemetery in Lime Springs. 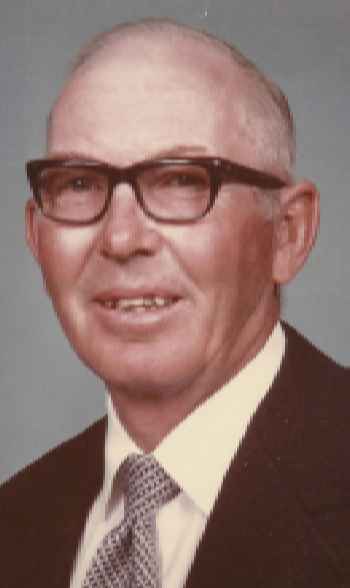