The Reverend Carl Ries will celebrate the Mass. Burial will be held in Calvary Cemetery.

Thecla Lorraine Wenthold Ott was born January 7, 1924, at Festina, Iowa, the daughter of Henry and Margaret (Kleve) Wenthold. She attended school in Festina. On April 24, 1946, she was united in marriage to Oscar Ott at Our Lady of Lourdes Catholic Church in Festina.

Thecla was very active in helping her husband on their farm near Rudd. She was a member of the Immaculate Conception Catholic Church, Rosary Society and Senior Citizens Center. Her interests included crocheting, needle point, cooking, baking and spending time with her family and grandchildren.

She was preceded in death by her parents; husband, Oscar; grandson Jamie Ott; sister, Rita Wiltgen; and brother, Eddie Wenthold. 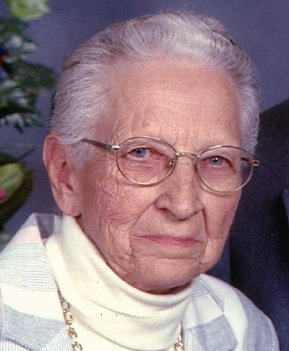