Visitation was before services at the church. Funeral services were Wednesday, Nov. 27, at St. Mary's Catholic Church in Guttenberg, Rev. Marvin Bries officiating.

Arrangements are being handled by Tuecke-Allyn Funeral Home and Cremation Service, Guttenberg.

Interment was at St. Mary's Cemetery in Guttenberg.

Henry was born on Sept. 2, 1927, on the home farm on Miners Creek outside Guttenberg. Henry received his education from both St. Mary's and a country school near his home. By the time Henry was 17 he began his career in mechanical service which continued until he was 62. All those years, he worked for different companies but never changed the location of the workshop. Over many years Henry drove bus for the school system, making sure generations of children made it to school and home safely.

Most of Henry's life was spent under a machine but he would enjoy the occasional trip to the casino. He took pride in turning damaged automobiles into safe, efficient cars that many families could make happy memories in. And of course, there was his lawn. Many could drive by Henry's home and see him in his lawn chair watering the lawn. No matter what drought Guttenberg was experiencing, Henry's yard was flawless.

Henry is survived by his wife of 65 years, Shirley; three children, Pat Corkery of Wadena, Mike (Germaine) Kann of Guttenberg and Kim Hale of Brighton, Colo.; six grandchildren, five great-grandchildren and one great-great-granddaughter; three siblings, Irene Waterman of Guttenberg, Edward Kann of Dubuque and Lorraine Schlueter of Anamosa and many other relatives and friends.

Henry was preceded in death by his parents; two siblings, Oliver Kann and Alvina Ingersen.

In lieu of flowers and all types of sympathy, memorials can be sent to the Guttenberg Public Library. 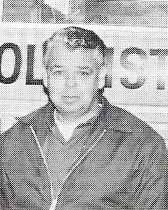