Brandi attended elementary school in Clear Lake. She then moved to Alexander and attended CAL Community School in Latimer until she graduated in 2018. Brandi was attending NIACC, working towards a degree in Social Work and Human Resource. She always had a passion for making a difference in the lives of others and would go out of her way to do so.

In high school, she played volleyball, was a cheerleader, played flute, sang in the choir, and participated in Iowa All-State, small and large groups, musicals and honor choirs. Brandi previously worked at Dudley's Corner in Latimer, the Rehabilitation Center of Belmond, and the Heritage Care & Rehabilitation Center in Mason City. She most recently worked at Oakwood Care Center in Clear Lake as a CNA. She loved her job and loved helping others.

Brandi enjoyed going to the lake, attending concerts, and being with her family and friends. She was very adventurous, outgoing and enjoyed traveling, taking the time to visit numerous states around the United States, as well as visiting Canada and the Dominican Republic.

She was a loving person, had a huge heart, and will be missed by all who knew her.

Family and friends are rallying behind a Clear Lake woman who remains hospitalized after a two-vehicle crash last month.

Brandi Pals, 19, has been at Mayo Clinic in Rochester since Feb. 12 after her vehicle was struck by a bus at the intersection of South Eighth Street and 27th Avenue South in Clear Lake.

Pals, the daughter of Thomas Pals and Shelly Wander, has worked with ABCM Corp. since high school. She is currently a certified nursing assistant at Oakwood Care Center in Clear Lake.

She loves music and dancing and she always brought a smile to residents faces, said Lauren McWhorter, Pals friend and coworker. She always went above and beyond to make them smile.

In February, Pals coworkers at Oakwood Care Center launched an online auction called BIDDING4BRANDI on Facebook to support her.

The auction, which can be found in the BIDDING4BRANDI Facebook group, contains more than 70 gift certificates and items donated by area businesses, McWhorter said, noting photos of new items are uploaded as theyre received.

She said its Oakwood Care Centers hope to raise more than $4,000 for Pals.

A bid can be submitted by commenting on an item. The auction will close at 9 a.m. March 23.

A public Facebook group has also been created to pray for Pals called "Brandi's prayer warriors."

Also, in February, Pals brother Brandon Flurer started a GoFundMe page to raise $10,000 for her, so she and her boyfriend (Adalberto Junior Sepulveda} wont have to worry about their normal bills and expenses, like rent and utilities, while she recovers from her injuries.

Since Feb. 15, the Fundraising for Brandi GoFundMe page has raised more than $3,300.

There is also a benefit planned for Pals on Saturday, April 11, at The Red Shed Event Center, 908 Second St. NW, in Clarion.

The benefit will feature an auction and a bake sale. Doors open at 2 p.m. A meal begins at 3 p.m. and the auction starts at 4 p.m.

The proceeds from the benefit will assist Pals with current and future medical bills.

There is also an account set up at Clear Lake Bank and Trust called Brandi Pals Benefit, where people can stop and donate directly.

Three North Iowa residents were injured in a two vehicle accident on Wednesday, Feb. 12, at the corner of South 8th St. and 27th Ave. S.

Melferd Levern Torkleson, 69, of Mason City, was driving a 2019 Forest River transport bus east on 27th Avenue South when he failed to obey a stop sign at the intersection of S. 8th St. The bus struck a vehicle driven by Brandi Jane Pals, 19, of Clear Lake. Pals, who was southbound on South 8th Street, was driving a 2014 Ford Focus.

Pals, Torkelson and a third party, Shaina Elise Brunsvold, 32, of Clear Lake, who was a passenger on the bus, were transported to MercyOne North Iowa, in Mason City, with injuries.

Pals mother, Shelly Jordahl Wander, reported on Tuesday morning that Brandi was resting for a tracheostomy that was to be done on Tuesday afternoon. An MRI was scheduled for Wednesday.

Good news was shared that her echocardiogram was excellent and she was moving her right arm on her own. 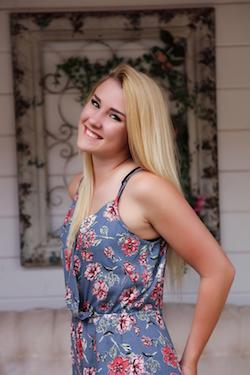