The career of John Stanton, 11 1/2 South Delaware avenue, includes nearly a half century of farming in North Iowa, fighting on the Confederate side of the Civil war and extensive operations in the pineries of northern Wisconsin.

Mr. Stanton was born in Geneva, N. Y. His father was of Irish descent, while his mother was from a family that was prominent in the English army.

He was the oldest of five children and early in life set out to earn his livelihood. He was among the first settlers in Watertown, Wis., and for many years had a part in the large lumber industry. He apparently became intimately acquainted with the entire northern Wisconsin country.

His adventurings also took him to other parts of the pioneer settlements. At the time the Civil war broke out in 1861 he was living in Tennessee and consequently became a part of the Tennessee army and fought on the Confederate side.

Upon returning from the army he again went north into the Wisconsin pines. He married Miss Joan Lynch on April 10, 1877, in Clyman, Wis. Mrs. Stanton died about 11 years ago.

About 45 years ago Mr. Stanton moved with his family to Iowa and settled on a farm in Mitchell county, which he operated up to a few years ago and which he still owns. He was active on the farm until he left five years ago to go about making his home with his sons and daughters.

Three years ago he came to Mason City to make his home with his daughter, Mrs. Nellie Murray. He has another daughter, Mrs. May Kent, Milwaukee, and two sons, Will Stanton, living on a farm near the old homestead in Mitchell county, and John Stanton, Jr. Sedalia, Mo. He has one surviving brother, Patrick Stanton, who lives at Clyman, Wis.

Mr. Stanton has always been a vigorous and active personality. He has never been ill enough to call a doctor and up to a few months ago was surprisingly alert and full of vigor. During the short time he has lived in Mason City has has [sic] won a large number of friends, who enjoyed meeting him, as he enjoyed the afternoon shade in Central park, and came in contact with his pungent, lively conversation. 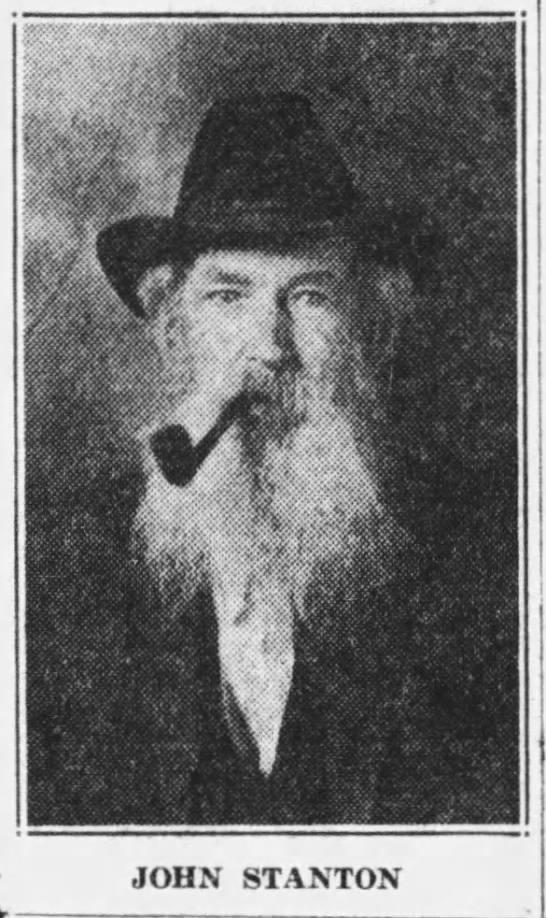