MASON CITY --- Beer delivery men arrived with carts stacked high at Ransoms Pleazol early Thursday morning as Tammy Davies hurried to unlock the door. The downtown landmark establishment is stocking up big for its 150th anniversary party Friday night. Davies is the fifth-generation owner of the downtown bar that has had ties all the way from Abraham Lincoln to Meredith Willson.

Ransoms [Davies' ?] great-great-grandfather, Cort Ransom, was a Civil War veteran who spent some time as a guard to President Lincoln. He opened his cigar store and billiards parlor a year after the war ended.

It was the Pleazol that Meredith Willson had in mind when he warned in The Music Man that theres trouble in River City, trouble with a capital T and that rhymes with P and that stands for pool.

When it was opened there were only 1,000 people in Mason City. My great-great-grandfather owned one of the first four or five business owners in town. None of those other businesses are still here, Davies said, as she pointed to a wall of historical photos on the wall.

Ownership started with Cort Ransom in 1866 then was passed on to Corts son, Tod; then to Tods son, Harley; then to Bob and now to his daughter Tammy.

Tammy, 50, worked at Principal Financial for 30 years. She occasionally had conversations with her father about taking over the bar.

It was always a standing joke between he and I about when he would let me take it over. His answer was always the same- Youll be the first to know. As it turned out he was here working just two days before he died.

I did both jobs for about five months and it got to be that I was working 80-90 hours a week between the two, so I threw my hands in the air and took a shot and Its working out very well.

Were there family secrets passed on between five generations of Ransoms? Absolutely. There were tricks of the trade that hes taught me along the way - but theyre proprietary, joked Davies.

People are still playing on the tables every day. It used to be that if you didnt get here by 7:30 in the morning on a Saturday you wouldnt get to play at all that day because of waits on the tables. Its not like that anymore, but they are still played."

Glass cases and cabinets that was once used to showcase Havana cigars and brier pipes are now empty. The Iowa Smokefree Air act passed in 2008 put an end to that.

The customers come for camaraderie

Bob Ransom used to open the bar at 6 a.m. for the people who worked night shifts.

Tammy also gets an early start, but not quite as early as her dad. Were open from about 7:30 until everybody leaves, quipped Davies, I have mopping to do, book work to do, theres always beer orders. Whether theres people here or not I still have plenty of work to do. 

They come here for the nostalgia, they know that its a safe environment, they come to talk to their friends. People are creatures of habit so once they start going to a place they keep going to that same place.

On Wednesday morning four men sat at the bar with beers in hand. One offered to the group that he made a stuffed pepper casserole the night before
because it was much easier than making regular stuffed peppers. The others nodded before quickly changing the subject.

I try to limit the political conversations; they talk about the weather, how much rain they got last night, gardens, whos retiring, sports and they talk about each other.

For Tammy, the connection to her place is much more personal. I think about my family every day when I walk in. I spent a lot of time in here with my father and mother. When I walk in I can feel them around me. 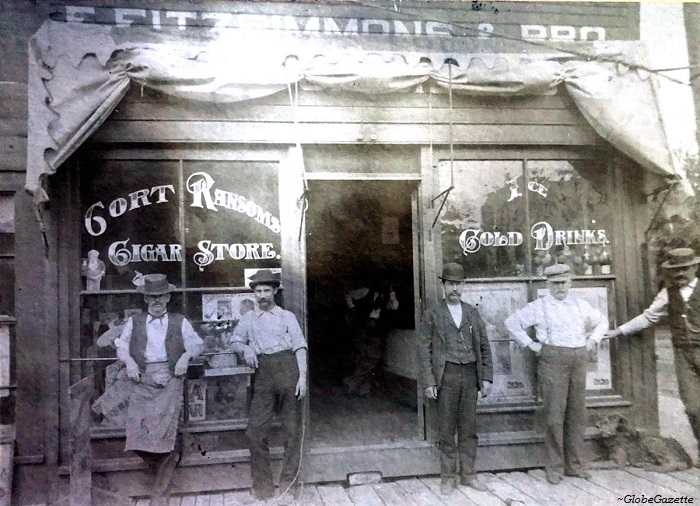