Francis Leora Day, second daughter of Dr. and Mrs. J. H. Day, was born at Limaville, Ohio, June 1, 1843 and passed away at Minneapolis, Minnesota on the second day of May, 1926.

On March 2, 1865, she was united in marriage in Limaville to the late Henry Paine, and on June 1, 1867, the family, at that time comprising Mr. and Mrs. Paine and an infant son, came to Winneshiek County and settled in what was then the. Frontier town of Decorah, which has been the home of the family ever since.

Up to the time of Mr. Paines death in 1914, the family home had been the beautiful place at the west end of Broadway, which they had spent years in beautifying, and which has been one of the show places, of the city for half a century. Here it was their family was raised; here it was they entertained their friends, and here it was amid ideal home surroundings they passed the happiest years of life.

Mrs. Paine was of a deeply religious nature. In early life she united with the Congregational church to which she remained to the end of her days a devoted member, and as long as her strength would permit contributed of her time and effort to the promotion of church interests.

Mrs. Paine was in every sense of the word a true-hearted, loyal, high minded woman. There was no malice or ill will in her heart. Such sentiments were entirely foreign to her nature. She was the friend of all Nothing gave her greater pleasure than to be instrumental in adding happiness to some one else. Her thoughts were centered-in and devoted to those about her.

During the last year and a half of her life she was a patient sufferer, and although herself racked with pain and disease, she was solicitous at all times that her attendants should suffer as little Inconvenience as possible for her.

Her unsullied life, her devotion to duty, her helpfulness of others will be an inspiration to all who knew her.

She has kept faith, she has fought the good fight she has gone to her reward for a life well lived.

She is survived by her son and daughter, Herbert D. Paine and Stella Louise Paine, and one sister, Mrs. E. B. Morss of Decorah, Iowa.

The remains were brot to Decorah Tuesday and burled in Phelps cemetery, Dr. Burling, officiating. 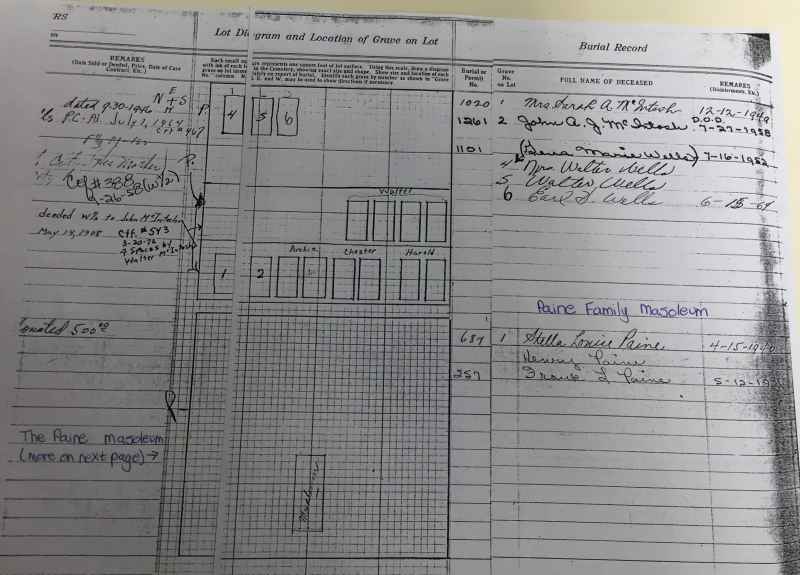