Funeral Services will be held at Community United Methodist Church in Calmar, Iowa, at 10:30 a.m. Wednesday, December 27th. Burial will be at the Oak Hill Cemetery in Fort Atkinson.

Catherine was a beloved wife, mother, grandmother, great-grandmother, and friend to all who were privileged to share her life.

Catherine was born August 12, 1921, in Jackson Junction, Iowa. Vennie and Catherine were married on May 15, 1940, at the Little Brown Church in Nashua. During WWII Catherine moved with Vennie as he was deployed to various assignments in the US Army Air Corp. After WWII they returned to Fort Atkinson where Catherine and Vennie owned and operated a general store and cafeteria for many years until Vennie accepted a position with the US Postal Service and Catherine assumed the role of housewife and mother.

The Brandt family was actively involved in the Calmar Community United Methodist Church, Rural Letter Carriers Association and many community charitable causes. Hosting Lieke (Eric) VanZanten; a foreign exchange student from the Netherlands was an especially rewarding experience that resulted in a lifelong friendship.

Catherines family is especially grateful for Linn Manor Care Center staff and residents for the tender love and care provided since 2008.

She was preceded in death by her husband, Vennie J. Brandt; grandson, Kevin Wayne Sweet; a sister; two brothers; and several nieces and nephews. 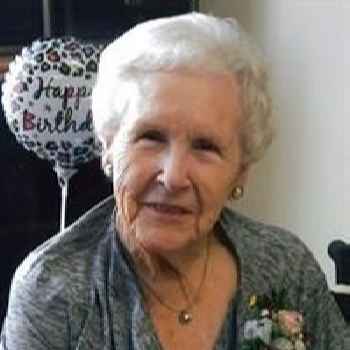