Susan was born October 30, 1952 in Decorah, Iowa to Russell and Alice (Brandt) Richardson. She attended the Canton Elementary School and in 1970 graduated from the Mabel-Canton High School. She studied at the Rochester Technical Institute for business management. She worked at the Harmony House Restaurant while she was in high school, and then started working for Harmony Agri Service after college. She worked on the farm and raise her children before starting at Greenfield Ag when they started operations. She remained with the company through the years and it is now Crop Production Services. On December 6, 1980 she was united in marriage to John Petersen. They farmed in the Mabel area raising several different species, but mainly quarter horses. She was a member of the Assumption Catholic Church in Canton, the Minnesota Quarter Horse Association, and the USBC. She enjoyed bowling, showing horses, flower gardening, and spending time with her children, especially her grandson Ty.

Susan passed away Tuesday, December 13, 2016 at Aase Haugen Senior Services in Decorah, Iowa at the age of 64.

Susan is survived by her husband John of Mabel; two children Eric (Allison) and Jennifer both of Mabel; her father Russell of Canton; five brothers and sisters Dick (Chris) of Canton, Dan (Barb) of Bettendorf, Iowa, Jim (Wendy) of Canton, Mary Kay Hansen of Madison, Wisconsin, and Patty Richardson of Canton; and many nieces and nephews. She was preceded in death by her mother, Alice, a niece Stacy Walker, and great nephew Kasey. 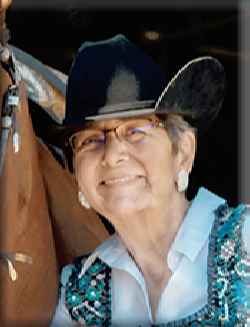