An additional memorial service and burial will take place at a later date in Broken Bow, Nebraska. 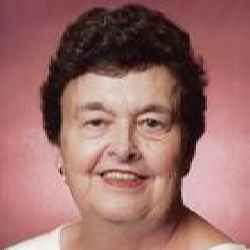